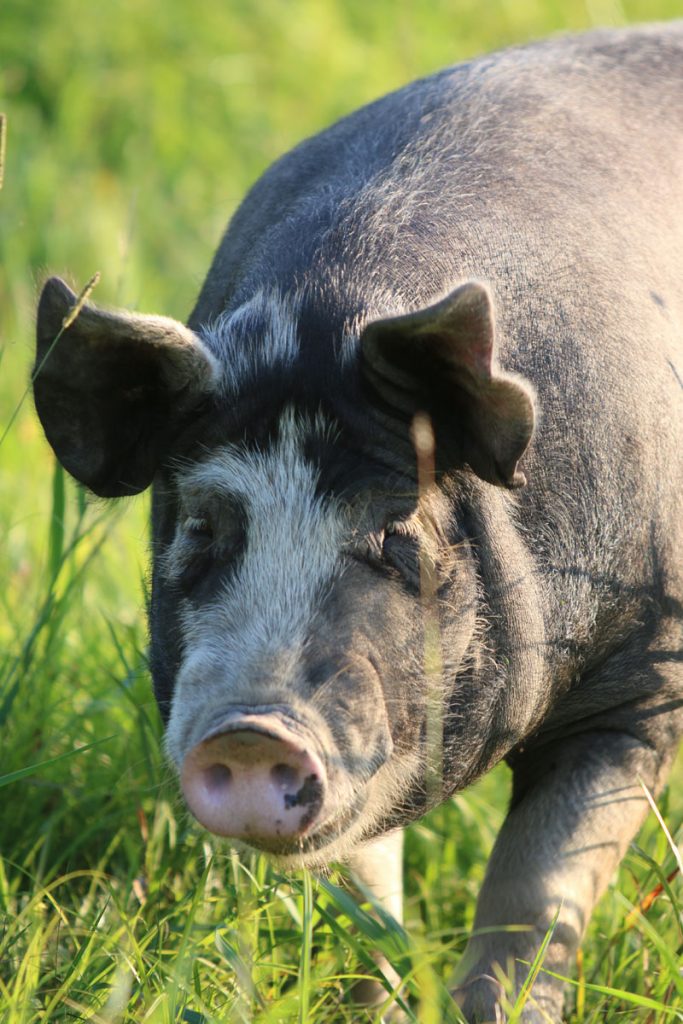 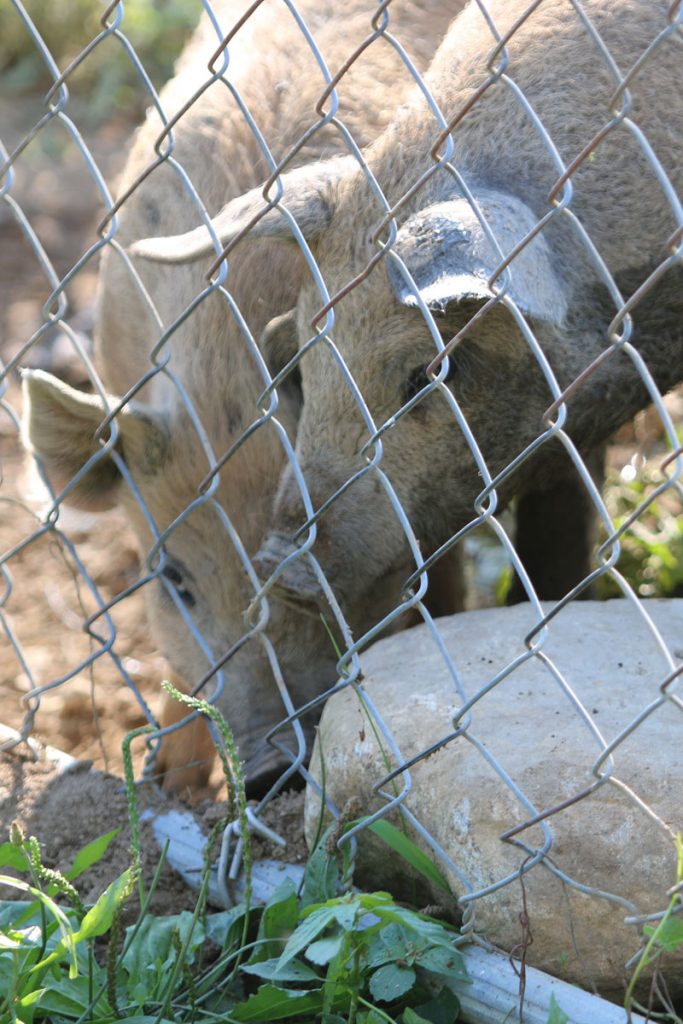 Our primary focus most recently has been the management of two special breeds of pigs.

Berkshire pigs are a well known heritage pig in the area.  They are known for their marbled meat, fast growth, and exceptional bacon. We maintain this breed as the piglets are in high demand during spring months, mature pigs are perfect for BBQs, and their temperament is well suited for our herd.  They are good pasture pigs and can handle heat and cold quite well.

The other breed is quite unique in its visible characteristics, growth patterns, and most importantly its flavorful meat.  The Mangalitsa, originally from Hungary, is a cross between a European wild boar and a Serbian breed.   It was originally kept as delicacy for only royalty.  It is commonly known as a "fatty pig" or "wooly pig".   Its uniquely curly hair provides a layer of insulation in the winter months and does not need much of any shelter to withstand cold months in the northeast.  Also, the excessive fatty layers on this pig not only provide warmth, but are what make this meat so delicious.  One might think a pig with such large amounts of fat would be unhealthy and not desirable.   Many had this assumption as well during the last several centuries.  In fact the Mangalitsa became so overlooked due to the fat content, that it almost went extinct.  At the height of this era there were less than 200 in existence.  A large effort was made to restore the breed in Europe and it is now thriving.  Recent studies have also concluded that the Mangalitsa fat is actually healthy for you.   It reduces cholesterol and reduces heart-related diseases.

The Mangalitsa was only recently imported into the United States. Prior to 2014, there were no agreements between Hungary and the United States for imports of livestock of any kind.   Peter Toth, who is often considered the single most influential at restoring the breed worked hand in hand with representatives from both countries to allow export into the United States.  Pure Mangalitsa and Møsefund  are two of the more prominent promoters of the breed.  They have direct imports from both Hungary and Austria across several blood lines. (Blond, Swallow Belly, and Red).  There are now more direct import breeders in the United States who are passionate about maintaining the breed's purity and marketing the wonderful characteristics of this pig.

It is also important to note that the Mangalitsa does not grow at the same rate as commercial or most heritage pig breeds.  Traditional swine farms grow piglets early in the spring and slaughter in the fall.  Typical durations for a pig is 8 to 10 months.  At this length of time the pig is approximately 250 to 275 lbs.  The hanging weight of 150 to 175 lbs.  The Mangalitsa growth period is double this.  Typical timeframes to meet the optimal weight is between 16 and 18 months.  Additionally it is important to state that the feed intake is quite important for a Mangalitsa.  Corn and Soy products albeit are high in nourishment and proteins, cause the meat on the Mangalitsa to be not as flavorful and excessively fatty.   A slow growth period with natural supplements such as apples, pumpkins, whey, hay, acorns, and brewer's grain provide a perfect balance of carbohydrates, proteins, and essential vitamins and minerals.  The end result is fabulous!

Meet the Mangalitsa, the Hairy Pig That’s the Kobe Beef of Pork